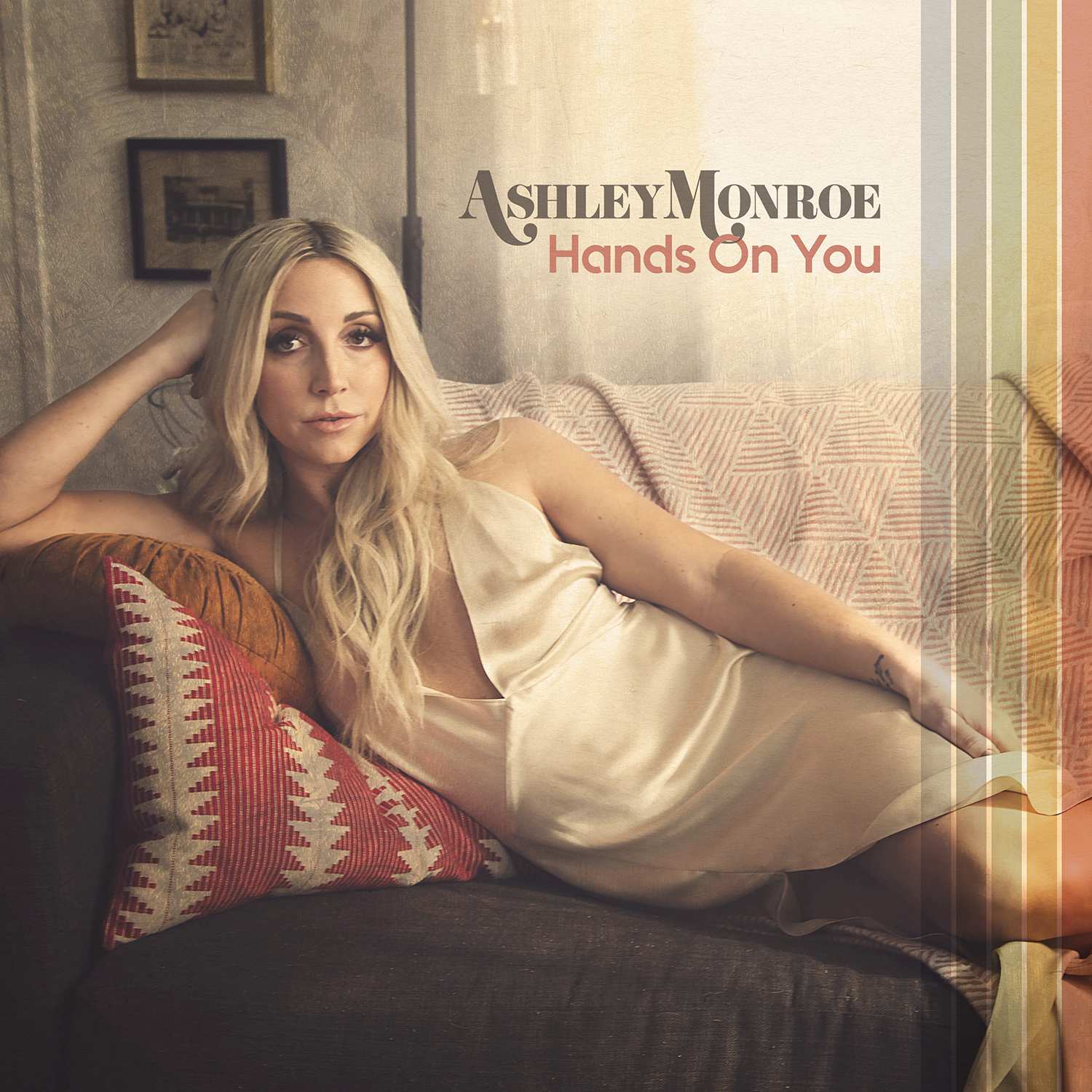 Follow-up to The Blade now available

Ashley Monroe's fourth studio album 'Sparrow' - the long-awaited follow up to 2015's Grammy-nominated 'The Blade' - is out today (20th April 2018) via Warner Music Nashville. The Dave Cobb-produced record, featuring lead single 'Hands On You', has already been praised in its early reviews, with NPR previewing the album exclusively last week and describing it as "both subtle and breathtaking"; and Sounds Like Nashville noting Monroe's "honest heart and exquisite sound". Here in the UK, Entertainment Focus called the record "bold, adventurous and beautifully classic... Monroe’s finest body of work to date; and music site Your Life in a Song recognised 'Sparrow' as "an album made up of the deepest parts of her soul" with the Digital Fix describing it as "beautiful, heartbreaking, and damn near perfect".

Fans can stream/download 'Sparrow' on all platforms here: https://ashleymonroe.lnk.to/sparrow

ABOUT ASHLEY MONROE + 'SPARROW':
"How does the sparrow know more than I?" asks Ashley Monroe on "Orphan," the gorgeous, introspective opener to her fourth album Sparrow. Truth is, the delicate little bird has a lot more in common with Monroe, and this record, than meets the eye. Small, powerful and vigilant, sparrows are known to represent triumph over suffering: and that's what the songs of Sparrow are about, too. Stories of rising above tragedy and seeing the light when it would have been far easier to embrace the darkness. "To me this record is about acknowledging past hurt, forgiveness and freedom to move forward," Monroe says.

After releasing her Grammy-nominated LP The Blade in 2015, she started writing songs that realized themselves in unexpected ways – nudged loose after working through trauma and turmoil from her childhood. "I was unpacking a lot of stuff," she says. "I was singing, and identifying what it's like to be left. No one told me what I should do, back then, when the world started to crumble."

Monroe lost her father when she was young, and the experience was a challenging road for her and her mother, both grappling with their new roles in the world in his absence. And through the songs of Sparrow, produced by Dave Cobb, Monroe tuned these experiences into moody, orchestral masterpieces that explore all sides of a fully formed woman unashamed of her scars – the maternal tendencies, the childlike wonder, the sultry moments behind closed doors.

Working with some of her closest collaborators, like Brendan Benson and Waylon Payne, Monroe recorded Sparrow with Cobb in the legendary RCA Studio A while she was pregnant with her son. "I felt powerful," she says. "I wasn't puffing, I wasn't drinking wine, I was just singing." Laced together with lush strings, and evocative, echoing guitar sounds as much Chris Isaac as they are Glen Campbell, these songs transcend genre, always anchored in Monroe's crystal-clear twang. While "Hands on You" is dangerously romantic, "This Heaven" has a delicate touch of Motown groove, and the piano ballad "Daddy I Told You" is a heartbreaking country ode to her dearly departed. Cobb, known for his work with Jason Isbell, Brandi Carlile and Sturgill Simpson, helped guide Monroe to let her voice, and her words, do the leading.

"I knew I wanted to work with Dave," Monroe says. "All of his records are consistently awesome and classic, timeless, old and new all in one." Together, they shared their favorite records and music moments, like those from Elton John and Campbell's "Wichita Lineman," and molded Sparrow into its own unique sonic space. "Country music is a wide genre, and that's OK," Monroe says. I don't even know what genre this record is, but I know it's me."

And some of those songs came from the most unexpected places, like "Hands on You," written when Monroe was on vacation with some friends, pregnant and sick with a stomach bug. It might not seem like the ideal setting to come up with a set of racy lyrics, but Monroe is always driven by her imagination. "I was so sick, and my friends were out having fun," she remembers. "And I wanted to make a reminder that I could still be fun, flirty and wild. So I went to bed humming 'I wish I would have laid my hands on you,' and it just started there."

"Mother's Daughter," on the other hand, is a sensitive tribute to her own mom, and to the inevitable mortality we all face. Monroe is as honest of a writer as there is, and "Mother's Daughter" paints all sides of a relationship that has been to the edges and back: "Staying forever is a promise that nobody could keep," she sings in her perfect Tennessee quiver. "My mother moved to Nashville with me as a teenager, and we didn't know a soul and figured it out one step at a time," she says. "We were each other's everything. But I had to work on separating from that, too."

Sparrow is the follow-up to the Grammy-nominated The Blade, with the masterful Like a Rose before it. Through those records, and her work as a member of the Pistol Annies with friends and frequent co-writers Miranda Lambert and Angaleena Presley, Monroe has established herself as one of Nashville's finest songwriters, able to conjure emotion in unexpected ways and to always find the humanity just beneath the surface. Sparrow continues this tradition, tender and true, in songs that not only provide healing to Monroe, but healing to the listener, too.

"I feel like there is a fresh start in my life right now, and clean slate," Monroe says. "I am so proud of this record, and I want my son to be proud of me, too." It wasn't always easy, and it took a lot of work to get here: to the insight of "Paying Attention," to the brutal truth of "Orphan" and the dramatic pining of "Wild Love." It took a lot of labor, but Monroe isn’t trying to leave the past behind – she's trying to use it as part of her story, and to keep growing without its reins around her.

"The most terrible things that happen to you are the most beautiful songs," she says. "That's the thing I respect the most about music." Small, powerful and vigilant, just like a sparrow.
http://www.ashleymonroe.com/