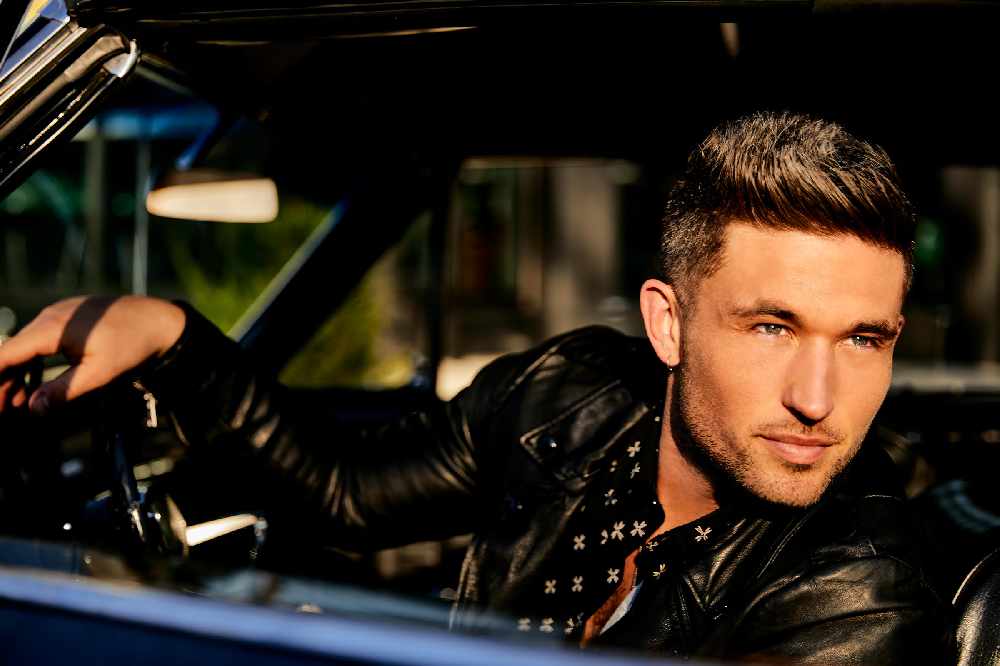 LONDON, UK – (25th June 2019) – Building on a year of success which has already seen him enjoy his third consecutive #1 single ‘One That Got Away’ (watch the video here) and perform on three different continents, Florida-born country star Michael Ray has today announced plans to return to the UK this October for five headline dates:

"We named our tour Nineteen this  year as it's already brought so many incredible new experiences musically -- in the studio and on the road," shared Ray who is touring supporting his latest album Amos, released just over one year ago and named after his grandfather who first started him on his musical journey. "Playing the UK like we did earlier this year was a bucket list item for me, and so to be back so soon -- headlining these shows  -- is in thanks to those fans who adopted these lyrics as their own. Not just the singles but the album cuts, too, and that is all an artist can ask for is that folks listen to the art, the music. Thank you for welcoming us back. We can't wait to see you on the road!" 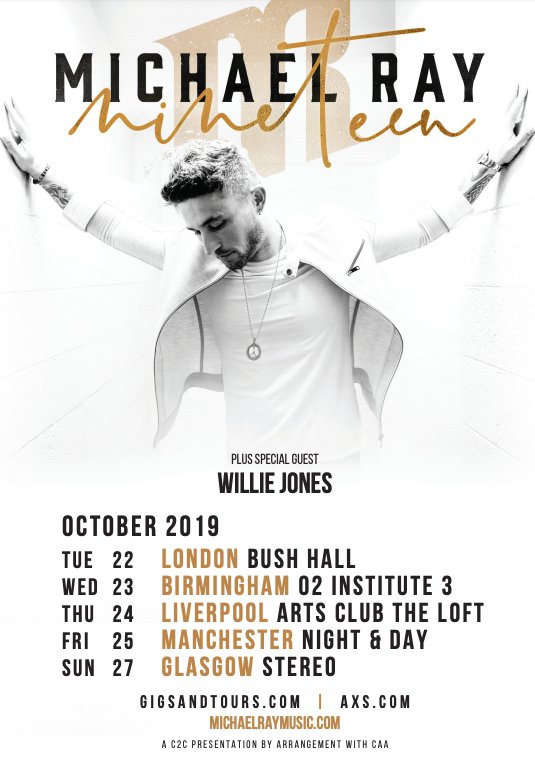 ABOUT MICHAEL RAY: Country singer-songwriter Michael Ray was a hit right out of the box, scoring both with critics and on the charts. With Country Aircheck boasting there are "big things on the horizon for Michael Ray" and his live shows lauded by USA Today as simply "lip-smacking good," the Florida native backed up that praise with two number ones from his 2015 self-titled debut album with "Kiss You in the Morning" and "Think a Little Less." His sophomore album, Amos, which debuted in the Top 3 on the Billboard Country Charts upon release has already spawned the hit "Get to You" and third No. 1 "One That Got Away," which All Access declared "an undeniable crowd pleaser." His latest single “Her World Or Mine” is available now and be sure to see him perform it live on Brantley Gilbert's Not Like Us Tour, now through mid-October. Learn more about Ray at MichaelRayMusic.com or follow him on Facebook at facebook.com/MusicMichaelRay, Instagram@MichaelRayMusic and Twitter @MichaelRayMusic.