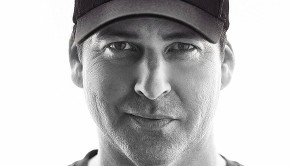 You might have heard the new single from Dawson Reigns on Chris Country over the last few weeks, and we're delighted to exclusively share the video with you. We think you'll enjoy this :)

This song is brand new from Dawson, co-written with Aaron Goodvin.  It's a follow-up to Dawson’s last single, which received airplay on over 100 radio stations around the world.  Dawson will head out on his second UK tour later this month (dates below), and he continues to split his time between Canada and Nashville, and recently appeared on Nashville Access: The Pie Wagon Sessions.  You can watch that interview on the Nashville Access Youtube Channel.

DAWSON REIGNS - THE NIGHT AIN'T EVEN OVER YET

See Dawson on tour in the UK this spring...