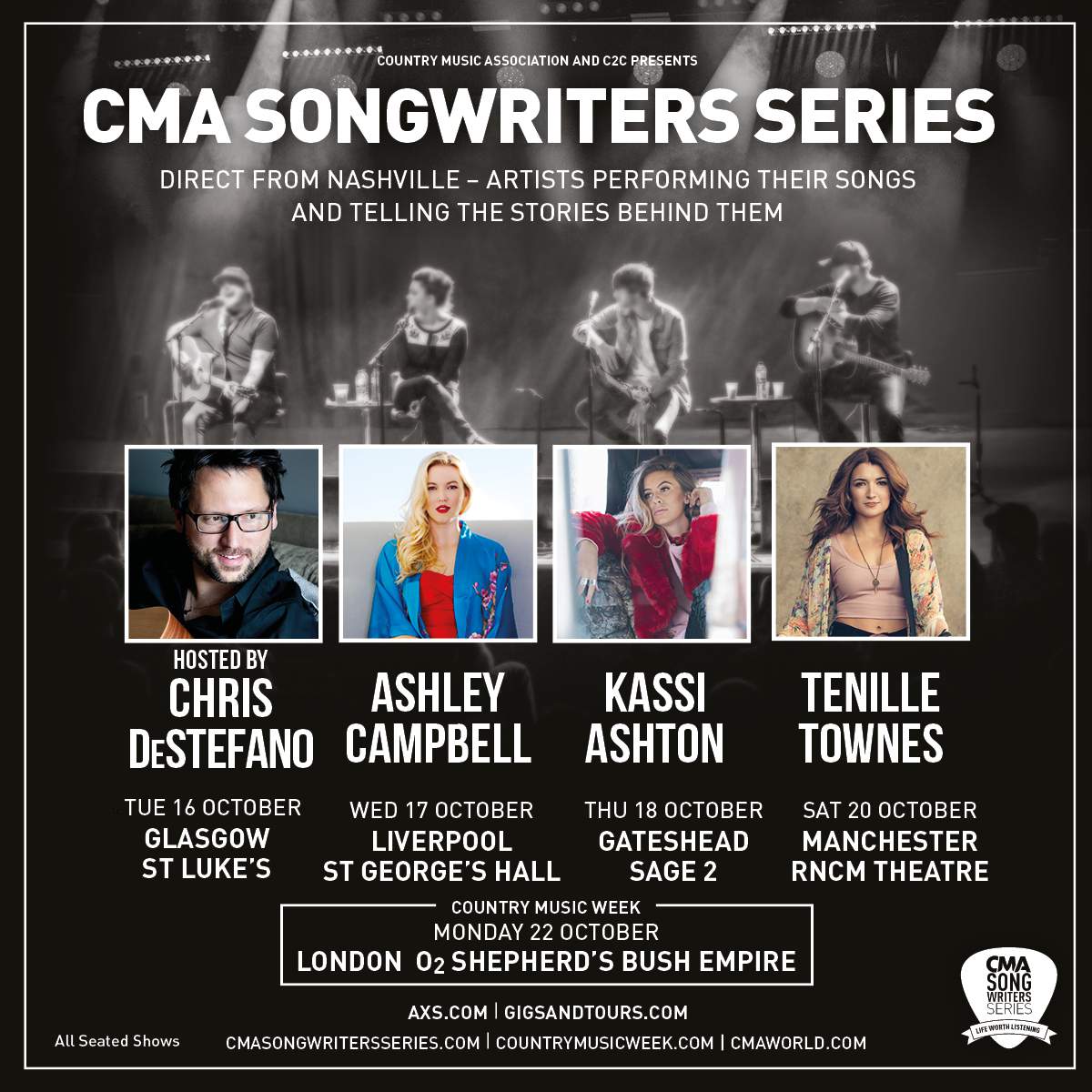 All shows are seated

CMA Songwriters Series has a track record of launching new artists through its intimate storytelling format, which allows audiences to get to know the artists, their journey and the stories behind their songs. The two-hour seated show features the artists together on stage, taking turns sharing a story before performing their song acoustically. Each CMA Songwriters Series is unique—uplifting, amusing and often emotional, leaving audiences feeling closer to the artists and the music.

The tour introduces DeStefano, Ashton and Townes to U.K. audiences for the first time as they join Campbell making her fourth appearance.

“Presenting this very Nashville experience in an international setting not only makes for a magical evening, but it truly forges a deeper connection to the music for new audiences,” said Milly Olykan, CMA Vice President, International Relations and Development. “The artists on this tour represent a true cross section of Country Music and we’re honored to be part of their journey as they build their international base.”

The tour dates continue to further CMA’s global expansion initiatives. In the U.K. alone, Country Music streaming is up more than 50 percent this year compared to 2017, where 78 percent of Country fans listen to a greater and more varied number of Country artists compared to last year, while 80 percent of Country fans are interested in and seek out more live Country Music shows and events. Earlier this spring, CMA visited both the U.K. during C2C: Country to Country festival—where CMA Songwriters Series held a sold-out show at London’s indigo at The O2—as well as Australia during CMC Rocks QLD festival.

Kassi Ashton is one of Nashville’s most compelling rising stars. Signed to UMG Nashville in conjunction with Interscope Records, the California, Missouri singer/songwriter has been making a name for herself thanks to her authentic songwriting and soulful, rich voice. Huffington Post gives Ashton “mad props for her songwriting and stage presence” while CMT calls her “fearless” and notes “her point of view is inspired and her storytelling knows no bounds.” Ashton recently released her auto-biographical song “California, Missouri,” where she paints an unconventional portrait of life growing up in her small town. Named “Who to Watch” by Huffington Post, The Tennessean and radio personality Bobby Bones’ “Class of 2018,” she also caught the attention of Country superstar Keith Urban. Describing her as “such a unique, original creature,” Urban featured Ashton on his song “Drop Top” for his latest album Graffiti U. Read more at KassiAshton.com.

Following in the footsteps of a famous parent is never an easy path, and Campbell, the daughter of music legend Glen Campbell, initially pursued dance and acting. But when Campbell was asked to learn banjo for a part in a play, a spark was lit and her calling was found. Soon Campbell was studying with banjo luminary Carl Jackson (her godfather and longtime member of Glen’s band) and mastering her technique. She would go on to join her father’s touring band, including his poignant Goodbye Tour in 2011-12, and appear in the award-winning 2015 documentary “Glen Campbell: I’ll Be Me.” The family affair continues with the release of her debut album The Lonely One, which was co-produced by Campbell and her brother Cal Campbell. Campbell’s older brother Shannon Campbell contributes vocals and guitar in addition to having co-written the track “Looks Like Time” with her. Read more at AshleyCampbellMusic.com.

The Canadian-born Townes has the lyrical fortitude of Griffin or Lori McKenna, the soulful nature of Chris Stapleton or even Adele, but Townes is paving ground all her own. Working on her debut LP with Jay Joyce, Townes started her journey to becoming one of Country’s most promising new artists back in rural Canada, in the backseat of a car. Once settled in Nashville, Townes spent her days songwriting and her nights at guitar pulls or at the Bluebird Cafe, studying everything she could. Eventually, she scored a publishing deal with Big Yellow Dog and headed into the studio with Joyce. Together, they tapped into her organic nature and her sheer ability to tell a story and emote it through the visceral range of her vocals – tender, bluesy, wise and full of wonder but never naive. Read more at TenilleTownes.com. 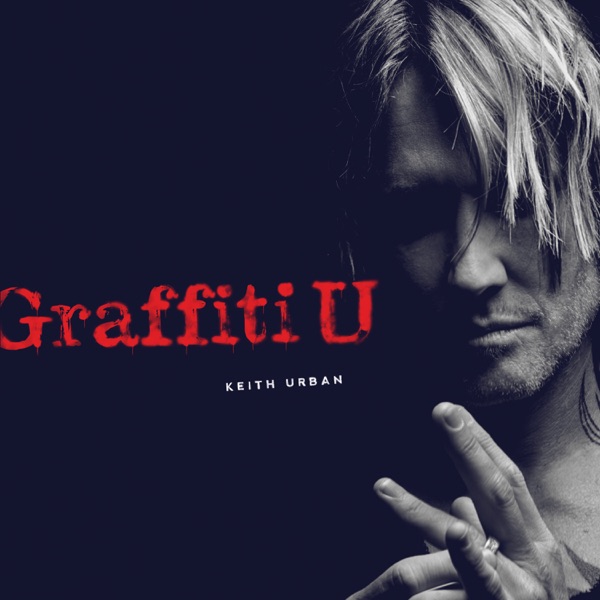