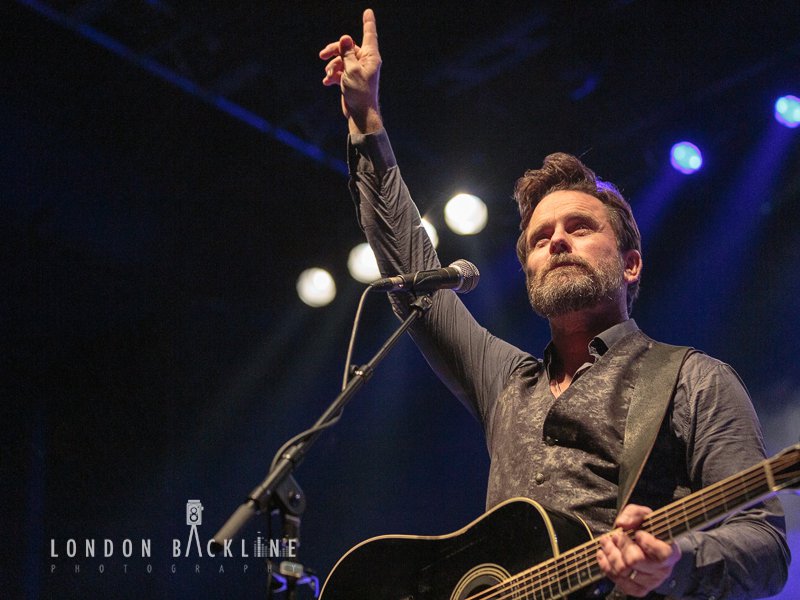 PLUS SPECIAL GUESTS THE ADELAIDES

“A stellar performer… I can’t wait to see what he does next. 5/5” Entertainment Focus

Known best for his role as Deacon Claybourne on the hit television show NASHVILLE, Charles (Chip) Esten was born in Pittsburgh, PA, and grew up in Alexandria, VA. After starting his acting career in Los Angeles, he was pleased to make his theatrical debut in London, portraying Buddy Holly in the hit West End musical BUDDY. It was in that role, he was honoured to perform for H.R.M Queen Elizabeth in the Royal Variety Performance.  It was during that run that he first appeared on the British version of WHOSE LINE IS IT ANYWAY?

Since then, aside from NASHVILLE, he has appeared on many other films and television shows including THE POSTMAN, NYPD BLUE, ER, BIG LOVE, and the American version of THE OFFICE.  He currently has a recurring role on TNT’s TELL ME YOUR SECRETS.

It was NASHVILLE that reopened Esten’s musical career, and over the course of the last six years he has performed hundreds of live concerts, including three sold out NASHVILLE IN CONCERT shows at the Royal Albert Hall.  He has performed in The O2 at the C2C Festival, at the CMC Festival in Australia, STAGECOACH in Indio, CA, CMA Fest in Nashville, as well as the Bluebird Café, The Ryman Auditorium, and the Grand Ole Opry where, on July 20th, he made his 100th appearance. In January of this year he completed his first European solo twelve-city tour.

Esten recently made musical history when he earned a GUINNESS WORLD RECORDS title for his #EverySingleFriday campaign which yielded 54 original songs that he wrote, recorded, and released, once a week, for 54 consecutive weeks. The songs are all available on iTunes, and on Spotify, where his music has already been streamed worldwide nearly 8 million times.

Married for 27 years, Esten and his wife Patty have three children – Taylor, Chase and Addie – and make their home in Nashville, TN.  Addie is a survivor of childhood leukaemia, and her journey has inspired her parents’ passionate involvement in fundraising for the Leukaemia & Lymphoma Society.  Esten serves as the National Honorary Spokesperson for the Light the Night Walk.  Over the last 6 years, their Light the Night Walk team – Team Addie – has raised over one million dollars in the fight against blood cancer.

Now Charles Esten will make his full band return to the UK in October with tickets going onsale Wednesday 20th March at 9am via WWW.GIGSANDTOURS.COM and WWW.TICKETMASTER.CO.UK. VIP packages will also be available atwww.sjm-vip.com.