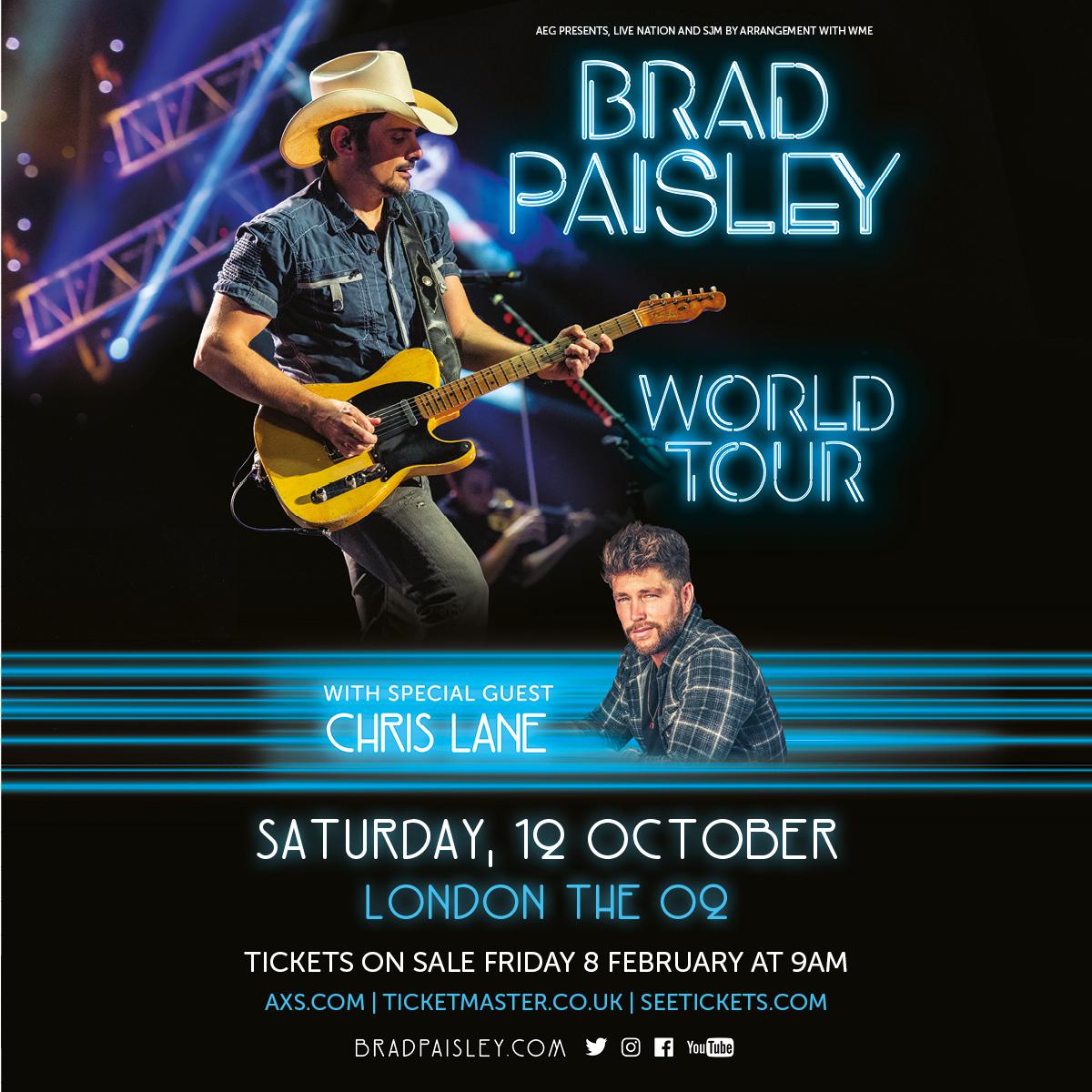 See him at the O2 Arena this October! 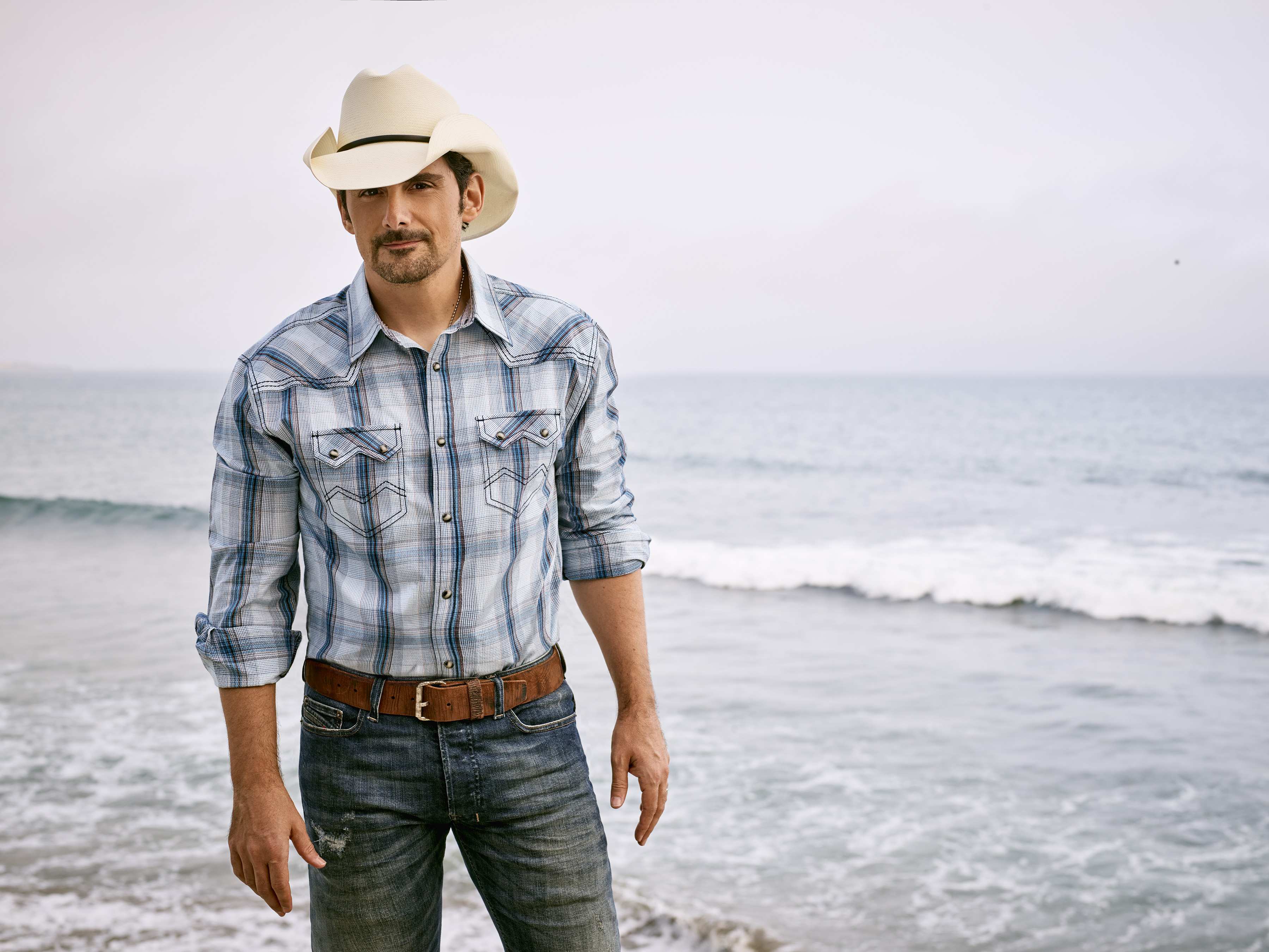 Hugely popular with UK audiences, Brad last played on this side of the pond in 2017 when he headlined the C2C (Country To Country) Festival in London, Glasgow and Dublin. His most recent album Love And War (Arista Nashville/Sony Music) was also released in 2017 and featured guest spots from Mick Jagger, John Fogerty, country legend Bill Anderson and Timbaland.

Late 2018 saw the release of new single “Bucked Off,” a light-hearted breakup song, described by the multi-Platinum singer-songwriter as “turbo honky-tonk, reminiscent of ‘80s and ‘90s country but futuristic.” Paisley debuted the song at the “52nd Annual CMA Awards”, which he co-hosted for the 11th year with Carrie Underwood.

Brad Paisley is a critically acclaimed singer, songwriter, guitarist and entertainer whose talents have earned him numerous awards, including three GRAMMYs, two American Music Awards, 14 Academy of Country Music Awards and 14 Country Music Association Awards (including Entertainer of the Year), among many others. He has been a proud member of the Grand Ole Opry since 2001. Paisley has written 21 of his 24 #1 hits and has accumulated over 20 million career total worldwide album sales, track downloads and streaming equivalents. His 11th studio album, LOVE AND WAR, which was released April 21, 2017, was his 9th consecutive studio album to debut #1 on Billboard’s Top Country Albums chart. On April 28, 2017 LOVE AND WAR was released as country music’s first ever visual album for a limited time exclusively on Apple Music and now is available on VEVO. Paisley has partnered with Boot Barn® and developed an exclusive line of jeans, hats, T-shirts, jewelry, belts and woven shirts called Moonshine Spirit by Brad Paisley. Connect with Brad at www.BradPaisley.com, www.Facebook.com/BradPaisley, on Twitter @BradPaisley, on Instagram @Brad Paisley, and YouTube at YouTube.com/BradPaisley.

ABOUT CHRIS LANE: Since bursting onto the scene with his breakout #1 smash “Fix,” Chris Lane’s star continues to rise with GOLD and PLATINUM level single certifications, two Top 10 albums and 850 million+ combined streams. Out of the gate, his irresistible new single “I Don’t Know About You” is climbing the Country radio charts and follows the success of his hit collaboration “Take Back Home Girl” with Tori Kelly. Both songs are featured on Lane's Big Loud Records sophomore album – LAPS AROUND THE SUN – that made a chart-topping debut, landing at #1 on the iTunes Top Country Albums chart and inside the Top 10 of Billboard’s Top Country Albums chart for the second time in his career. Gaining recognition, Lane was named one of MusicRow Magazine’s 2017 Next Big Thing Artists, has scored nominations at the iHeartRadio Music Awards, ACM Awards and Radio Disney Music Awards and appeared on TODAY, The Bachelor, The Tonight Show Starring Jimmy Fallon, Late Night With Seth Meyers and CONAN. Previously landing coveted opening slots on tours with Florida Georgia Line, Dustin Lynch, Garth Brooks, Tim McGraw + Faith Hill, and Rascal Flatts, the Kernersville, NC-native closed out his second headline run – the LAPS AROUND THE SUN TOUR – in January. 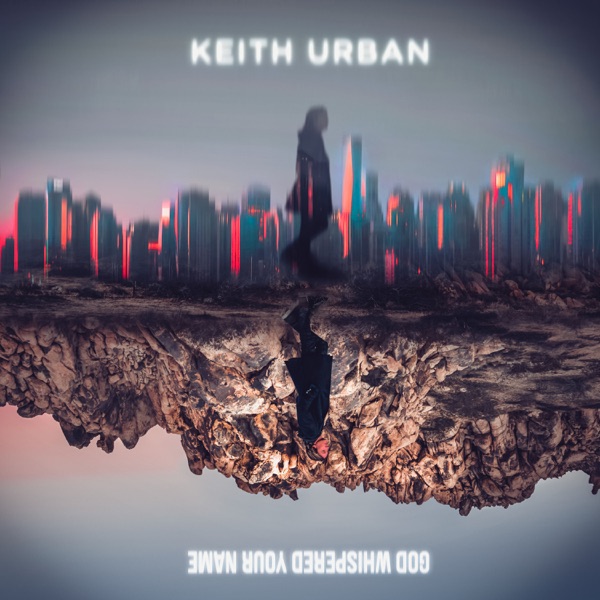